Is Gluten or Glyphosate to Blame for Our Declining Health? | What's With Wheat
support@whatswithwheat.com
My Account Login

Is Gluten or Glyphosate to Blame for Our Declining Health? 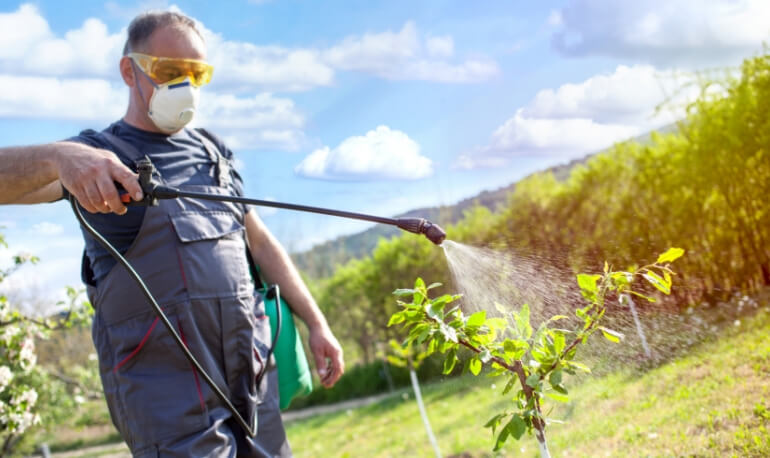 Bread has been eaten for thousands of years. Sourdoughs using ancient wheat grain varieties, like einkorn, emmer, kamut and spelt have been a staple in the northern hemisphere diets for many generations.

The first time I heard the word coeliac was when I was 16 and one of my school friends told me her sister had the autoimmune disease. She told me that all her sister had to do was stay away from foods with gluten – mainly wheat – and she would be fine.

Now the word is said on a daily basis, along with the term non-coeliac gluten sensitivity (NCGS). There are no biochemical markers for NCGS but people who suffer from this condition (which can be attributed to a plethora of physical and mental conditions) know that when they take wheat and gluten out of the diet, their symptoms disappear. Likewise, when they enter the food back into the diet, their symptoms reappear.

The culprit has always been gluten, so we thought. But when you look at the rise in coeliac disease and NCGS (as well as autoimmune diseases that are related to gluten either via initiation or perpetuation) in the last 20 years, you have to question what else is going on.

Glyphosate is an active ingredient in around 500 registered Australian products that are used as herbicides (Roundup being the most recognised brand). These are registered by the Australian Pesticide and Veterinary Medicines Authority (APVMA), who have a vested interest in the product – they are paid a percentage of all sales of glyphosate. The number of herbicides that have been registered by APVMA is 3363 with total sales of $1,683,419,473.00.

Glyphosate has a chequered career. In the 60’s it was patented and used as a descaling agent; by 1974 it had been patented and began to be used as a herbicide; then in 1996 came the development of Roundup-ready genetically modified (GM) crops (which are resistant to the herbicide); and as early as 2010 it was patented as an antibiotic. Some biochemists believe glyphosate is weak in all areas, but when it is added to adjuvants and surfactants the power of its ability to pull minerals out of systems including biological systems and kill a broad spectrum of plants and microbes is, in fact, well proven.

The most damaging of all practices began when Monsanto promoted glyphosate (around the year 2000) as a drying agent for non-GM crops, like non-GM canola, wheat, oats, barley and legumes (including black bean and chickpea). Many people do not believe this practice is happening in Australia, but I’ve spoken to farmers that do use glyphosate as a pre-harvest desiccant.

The US now tests some foods for glyphosate and the results are telling – many foods have levels that are in the parts per million. Collectively there have been no studies done on what is safe for human or animal consumption. We are dealing with an unknown factor.

To date as far as I’m aware, there are no studies being done on Australian food for residues of glyphosate. In fact, the supermarket screening of foods (which tests for 144 chemicals) does not include any of the 500 registered glyphosate products. So we have no data on what amount of glyphosate is in the Australian-grown food supply or imported food. The picture painted is not good. I’m not willing to take the risk by purchasing any food that might have glyphosate sprayed on or near it.

At present there are at least 100 different foods in Australia that can have glyphosate sprayed on or around them including nut trees, fruit trees and grapes. GM foods like canola, alfalfa, soy and cotton have Roundup sprayed directly on them. Plus our councils, main roads, forestry, back yard gardeners, small-time food producers and large-time food producers may use it pre-seeding, pre-harvest or around the property, leading to contaminated waterways and soil. Considering all this, you would think that our authorities would make it a priority to screen our foods for something that has been shown in a court case in the US to cause Non Hodgkin’s lymphoma.

The fact that we have a growing population of children, adults and elderly with neurological disorders, cancer and autoimmune diseases may be a telling sign that something is happening in our food supply (aside from the fact that the food is being over processed).

In 2013 a meta-analysis published in Interdisciplinary Toxicolgy concluded ‘glyphosate… is the most important causal factor in this epidemic’. I had the opportunity to interview one of the authors in 2015. I travelled to MIT to conduct the interview with senior researcher Dr Stephanie Seneff. It is an interview that I had transcribed and had to read many times in order to understand the enormity of this chemical and its ramifications to human and animal and soil health. I created a documentary on this and toured Australia in 2018 talking about this topic.

Glyphosate mimics gluten by being able to open the epithelial lining of the gut. Glyphosate also chelates valuable minerals out of our system, downgrades vitamin D, may replace glycine in the amino acid chain (a theory still), stops the production of aromatic amino acids that are required for the production of neurotransmitters and halts the production of folate as well as enterobactin (iron carrier). It has also been implicated in fructose malabsorption and the rise in fatty liver disease. And being an antibiotic, it slowly degrades the microbiome. So while coeliac disease and NCGS are the focus of this article, we can also point the finger at glyphosate for being a problem in many other areas of our health.

We now know that many chemicals that were deemed to be safe have since been banned or not used near or around food. For example DDT was sprayed on wheat and corn fields from 1945 through to the mid 1970’s; it was also sprayed in places where children played as well as being used on hair for nits. It was thought to be safe, but we know now of its detrimental neurological and hormonal effects.

Agent Orange, arsenate of lead, dioxin, chlorperifos and 2-4 D (just to name a few) are other examples of chemicals we spray on food, or which our food is contaminated by, that have proven to be detrimental to human and animal health.

How to Protect Your Family From Chemicals

So, do we learn the lesson or do we wait until it’s too late?

I, for one, have learnt the lesson. My mother was exposed to arsenate of lead and DDT and my sister was not only exposed via my mother, but it was common practice to spray DDT on the corn fields in the state of Iowa where she was born. They both died of cancer. If you want to learn more about this, you can watch my 2017 TEDx talk to understand the ramifications of chemicals sprayed on food on an entire family.

I keep my family safe by making sure that we have no chemicals in our home, that our pantry and fridge are filled with organic single ingredient foods, that we have no modern wheat in our house but rather organic emmer wheat (a traditional wheat – which you can buy here), and then I spend time in my kitchen to feed and nourish my family.