‘What’s With Wheat?’ – Watch and Act | What's With Wheat
support@whatswithwheat.com
My Account Login 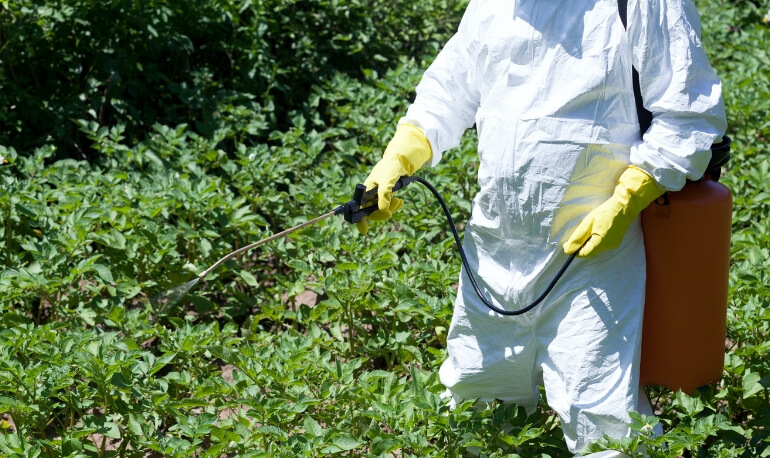 When I decided to create the documentary What’s With Wheat?, I sat down and planned it out; I wrote a story line and I specified who I wanted in the documentary. Little did I know that after all my interviews, there would be a change in the direction of the documentary.

The stars of What’s With Wheat? were chosen because of their knowledge of wheat, gluten and health. I had been following them for several years.

My investigation into wheat began after I realised I had a problem with wheat and my health was suffering as a result of eating it. I didn’t have coeliac disease but every time I ate wheat I would get a sore lower back, my hip pain would return, I’d suffer with inflammation, sometimes putting on 1kg of water weight overnight, my brain would feel foggy and I’d have slight anxiety.

I created an introductory video to ask scientists, doctors and researchers if they would like to be in my documentary. I sent it to them via email on Christmas eve of 2014 and within 24 hours I had three key experts keen to take part. From there it snowballed and most of the people I asked to interview gave me a resounding ‘YES!’

I had questions mapped out for the expert interviews. Town by town, country by country, we travelled around, sometimes spending up to three hours in interviews. We had almost completed all our interviews when we travelled to MIT in Boston to interview Dr Stephanie Seneff. (1)

I spent the whole interview with Stephanie allowing her to talk, as my questions were all redundant when she acknowledged the elephant in the room – Roundup and glyphosate.

That was early 2015, before many people were talking about the herbicide. Dr Seneff is a senior researcher, biology major and systems/computer analyst. She knew how to read data and she knew research and she was noticing a rise in autism among the next generation’s children. She looked at key changes in the world of food and health care and after much analysis reasoned that, with the beginning of Roundup ready GMO crops as well as the increase in the desiccation (drying) of wheat just before harvest, there was an association with not only autism but other chronic conditions including autoimmunity, cancer, allergies and coeliac disease to name a few. Once she saw the association, she then went about understanding the science behind the association.

Dr Seneff wrote papers about this and more in reputable science journals but, until recently, her work was ignored.

Fast forward to 2019 and we are beginning to see more and more people talking about the herbicide Roundup and all other registered herbicides containing the active ingredient Roundup. Councils around the world (like Miami) are banning its use on playgrounds, parks, verges, sports grounds and dog parks.

Books like Whitewash by Carey Gillam and The Fight Against Monsanto’s Roundup by Mitchel Cohen are spreading the word, not only about the harm the herbicide is doing to the health of soil, humans and animals, but also the conniving, underhanded whitewashing of the product by Monsanto.

One court case has finished and others are pending about Roundup’s association with Non-Hodgkin’s lymphoma (NHL). In 2018, Dwayne Johnson successfully sued Monsanto, claiming their product Roundup caused his NHL and won a settlement for US$289 million, later reduced to US$78 million. (2,3,4)

At last count, 11,400 plaintiffs are ready to take Monsanto to court over their NHL diagnosis after the use of Roundup.

On 7th March 2019, a judge wrote the following: “For similar reasons, the plaintiffs presented sufficient evidence at summary judgment to support a punitive damages award against Monsanto. Although the evidence that Roundup causes cancer is quite equivocal, there is strong evidence from which a jury could conclude that Monsanto does not particularly care whether its product is in fact giving people cancer, focusing instead on manipulating public opinion and undermining anyone who raises genuine and legitimate concerns about the issue”. Honorable Vince Chhabria (US District Court).

The courts did previously determine that the plaintiffs’ experts offered reliable opinion that glyphosate causes NHL, and they did this by relying almost entirely on scientific evidence that existed when the plaintiffs were using Roundup. A great deal of evidence shows that Monsanto has taken no responsibility in their approach to the safety concerns of Roundup. (6, 7)

I’m starting to see more and more people becoming advocates to stop their council from spraying Roundup around their homes, community spaces and children; Zen Honeycutt, myself, Ban Glyphosate Torquay, as well as the many men and women who have asked me for information to send to their councils. You know who you are – thank you – and I’m happy to send information to anyone who would like to make a difference (email Changing Habits for details).

I spoke to 160 women of varying ages in country NSW recently, where sheep and wheat are farmed. I mentioned glyphosate and the science we now have and many came up to tell me that they were either regenerative farmers or that they were trying to minimise the use of the herbicide. Farmers’ biggest angst is using herbicides to get rid of weeds. The momentum is building.

Recently I saw a supplement company declaring there was no residue of glyphosate in their food supplements.

In Australia, the supermarket screen for agriculture chemicals tests for 144 chemical residues; every single one has a limit as to how much can be present in the food. They don’t look for a zero value they just want to make sure that the chemical is not above the recommended dose for safe consumption. This supermarket screen does not include Roundup, glyphosate or any products containing glyphosate.

Considering that there are around 500 products containing glyphosate registered in Australia by the Australian Pesticide and Veterinary Medicine Authority (APVMA) for use as a herbicide and descaler, I’m surprised and absolutely appalled that it is not on the screening list.

Although Australia is not testing its food supply for the herbicide Roundup, activists and scientists in the US like Moms Across America, Anthony Samsel and Rosemary Mason are testing medications, supplements, tampons and food. So far they have found the residues of Roundup in cereals, wine, biscuits, breads, animal products, some vaccines (ones where the micro-organism for the vaccine are grown on egg or gelatin), drinking water, rain and more. (11)

Considering there are approximately 70 foods (5) that can have Roundup or glyphosate sprayed on them (genetically modified Roundup ready foods) or around them (grapes, strawberries, tomatoes, nuts and fruits like almonds, walnuts, figs, plums, prunes, grapes, kiwi, lemons, grapefruit, pistachios, and pomegranates) or where Roundup is used as a desiccant (drying agent) (grains, legumes, potatoes and sugar beets), I think it prudent to start testing immediately.

Glyphosate cannot be washed off nor is there a period of time that can pass for it to no longer be present in the food. It’s not a contact herbicide but rather affects the biochemistry of the plant. It acts in ways that reduce aromatic amino acids, which are important for our neurotransmitters, folic acid and enterobactin (an iron carrier). It also affects the mineral content of the food and causes erosion of the human microbiome. (8,9)

No wonder we have so much illness when the foods we eat don’t even have the basic building blocks for our body to operate in a healthy state.

As a mother and activist I choose to fight this predicament we are in by educating myself and others and choosing organic foods grown sustainably and using regenerative farming methods.

In the Changing Habits Marketplace, we research all the foods we sell to make sure they fit the criteria I have for it to be welcome in my pantry. My slogan is that they must be FOREST – foods that are organic, regenerative, ethical, sustainable and trusted. Can I be absolutely certain that these products have not a drop of glyphosate in them? Sadly, no. Even some organic foods have minor residues of glyphosate (those tested such as oats) because we have polluted our soils, ground water, rain water and springs with this insidious herbicide. Like DDT it will be banned, but be careful not to be fooled by the propaganda of a new ‘safe’ biochemical warfare herbicide. Alternatives are available. (10)

Be an activist, make a noise, create a movement in your community and lead by example. Spread the word by showing the documentary What’s With Wheat?, contact your council about this issue, purchase FOREST foods and let’s be part of the solution rather than contributing to the problem.