Are You Addicted To Gluten? | What's With Wheat
support@whatswithwheat.com
My Account Login

Are You Addicted To Gluten? 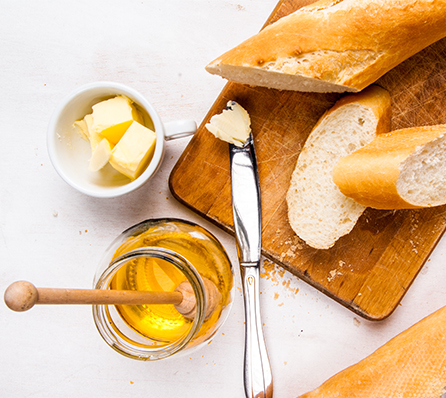 The term ‘once you pop you just can’t stop’ fits very perfectly when it comes to any wheat product. Think of a slice of white bread with butter and jam, honey, vegemite or avocado on top. Did you ever stop at one piece or did you continue to eat more?

Those who have stopped eating gluten know that the cravings go eventually and depending on the person, it could take a while.

Gluten can be seen as a ‘drug’, something that people feel they need and crave constantly, as they feel they are never satisfied with ‘just one slice of bread’.

Why is this? Is it just that it tastes so good? Think about it for a second, bread itself is rather boring and bland, though for some reason – ‘once we pop we just can’t stop’.

Can you believe that back in 1984, it was established that gluten had addictive compounds within it? Opioids are substances that act on opiate receptors that produce a ‘morphine like effect’, making the substance addictive. It was proven that peptides (certain amino acids) derived from gluten showed to demonstrate opioid-like activity in the brain.

Through my regular client consultations, I have seen firsthand that people with autism or other mental disorders have intense cravings for foods like white bread, white pasta and other wheat based products. These individuals tend to throw tantrums when they are not given these foods, just like a drug addict would if they weren’t given their ‘fix’.

However, we know that gliadin itself can cause leaky gut in many people. So therefore this means that the gliadorphins are likely to affect each and every one of us on some level too.

Due to the action of these gliadorphins, it has been shown that the inflammatory effects of gluten can be masked. We know that gluten can drastically damage our intestinal lining and can lead to many autoimmune diseases and other minor symptoms like joint pain, headaches, migraines, sinus issues and skin rashes. Some people still continue to eat wheat even if they are told that their serious symptoms are directly linked to the gluten. Could this be due to the addictive elements in the gluten and are these addictive compounds masking the damaging effects of gluten?

This gives you all the reason to never break from your gluten free lifestyle, as we are all aware now that ‘once we pop we just sometimes can’t stop’.

If you are considering eating wheat, consider consuming einkorn or emmer wheat, two of the most traditional wheats available. The proteins contained within these ancient wheats have not been altered, so they won’t have the same addictive effects that the modern, hybridised kind, triticum aestivum, has.