Sourdough; What’s So Good About It and Should You Eat It? | What's With Wheat
support@whatswithwheat.com
My Account Login

Sourdough; What’s So Good About It and Should You Eat It? 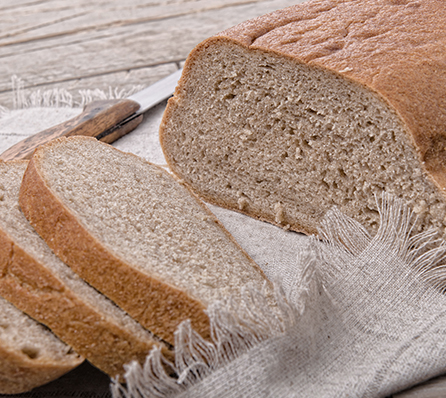 It is not just the hybridisation of the wheat grain that has caused extreme increases in illness today; it is also the lack of traditional preparation. Yes, the modern hybridised wheat grain (triticum aestivum) can barely even be called wheat due to the huge alterations that have occurred. So even if the wheat is traditionally prepared, it is still likely to cause vast amounts of inflammation within the body.

However, when you use ancient, traditional wheat grains that have been cultivated for thousands of years, it can be a beneficial addition to your diet. We recommend that you still don’t use these wheat grains if you have coeliac disease or are healing from an autoimmune disease. In saying this, a recent study has shown that nontoxic flours that have been fermented for a long time and are then made into bread which includes particular lactobacilli strains, may enable coeliac patients to enjoy bread again. Now this is exciting news. It must be noted that everyone is an individual and will respond differently.

What is incredible is that the first wheat cultivated (einkorn) was found in the intestinal tract of one of Europe’s oldest mummies, known as Otzi the Iceman back in 300 BC. Einkorn, meat fibres and herbs were also discovered.

Grains are not meant to be eaten plucked straight from the fields, as they are coated in naturally occurring toxins, such as phytic acids that the human body cannot digest efficiently and often causes bloating,  gas and inflammation. The fermentation process of sourdough making eliminates these phytic acids, provided that it is given the right environment. This not only provides us the ability to digest the grain, it also enhances mineral bioavailability, particularly magnesium, iron and zinc.

Through the fermentation process of the wheat flour, the bacteria eat up the carbohydrates within the flour, leaving the final product with minimised carbohydrates. This fermentation process has been shown to be tolerated by those with impaired glucose metabolism, particularly if the bread is leavened with lactobacilli bacteria. Hence sourdough bread is created. You can read more about the history of sourdough here.

I wanted to experiment in making my own sourdough bread, which was wholesome, nourishing and traditional. The main aim was that it could be enjoyed by many without the harmful effects of modern wheat that is not fermented.

I used Emmer wheat and a coconut water kefir starter to ferment the wheat. The result was amazing and of course it was more dense and ‘doughy’ than modern wheat as there is less gluten. Emmer wheat is closely related to einkorn, being the second wheat cultivated after einkorn not long after. Typical sourdough recipes say to use the flour to coat it before baking and after fermenting – I chose to use coconut flour as the emmer wheat flour would therefore not have gone through the fermentation process.