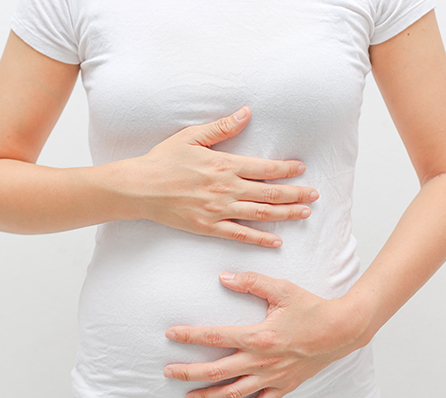 The term inflammatory bowel disease (IBD) describes a condition in which the intestines are inflamed, meaning there are high numbers of inflammatory cells present in the lining of the digestive tract. It has often been thought of as an autoimmune disease, but research suggests that the chronic inflammation may not be due to the immune system attacking the body itself.

Instead, it is a result of the immune system attacking a harmless virus, bacteria or food in the gut, causing inflammation that leads to bowel injury.

The following short video explains the causes, symptoms, diagnosis and treatments for IBD.

When you have IBD, discovering which foods and drink affect or aggravate your symptoms can be a bit of a minefield, which might leave you feeling frustrated and stressed as a result.

Some people with IBD have reported that gluten causes negative effects on their symptoms and below we take a look at two of the main reasons why this is.

The proteins in wheat are gut irritants; imagine the protein as a ‘splinter’ that’s digging into the lining of your gut, which causes an inflammatory response. When there is severe inflammation, the disease is considered active and the person’s symptoms are increased.

The most common symptoms are:

Since IBD is an inflammatory condition, when someone eats gluten it basically causes more inflammation and damage throughout the body, causing a vicious cycle.

This inflammation can result in intestinal permeability, which is often called ‘leaky gut’.

Many people with IBD have trialled cutting gluten out of their diets. A 2014 study found “65.6% of all patients who attempted a gluten-free diet reported an improvement of their IBD symptoms and 38.3% reported fewer or less severe IBD flare ups as well as much less fatigue”.

Please note that we’re not suggesting that gluten lies at the root of all the health problems we face today. However, it is a problem and many people have benefitted from eliminating gluten and wheat from their diet, especially those with digestive disorders.

Going gluten free can seem overwhelming at first, but you will quickly learn what healthy substitutes you can make for your favourite foods and how to cook gluten free. Visit our recipes and blogs for some inspiration.

Here are just a few resources you may find helpful to get you started on the right track: